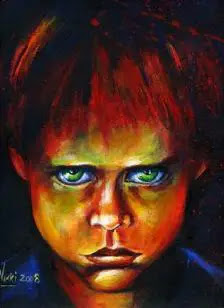 This painting by Vikki North shows an extremely well done solemn, resentful, grumpy anger. Not the kind that explodes, but the brooding kind that a person holds inside. This is defined with a relatively emotionless face, except there's a sturdy frown locked in place and the head is tilted forward enough for the eyebrows to cast a shadow on the eyes.

I found this, regarding certain symbols that convey anger. These usually hover above the head to exaggerate an emotion with cartoon-ish effects as well as facial expressions. 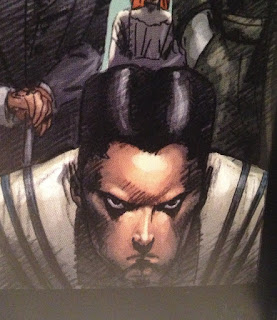 Looking to comic books for examples of angry expressions, I've found another example of the brooding look. 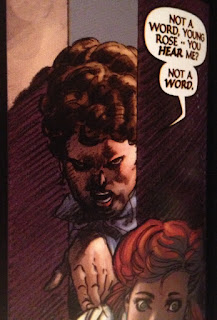 Again in the same comic book, I found an interesting example of an intimidating glare. The head is tilted at such an angle that its eyes and much of the face is cloaked in shadow. I think this is one of the best ways to make an angry face look intimidating. 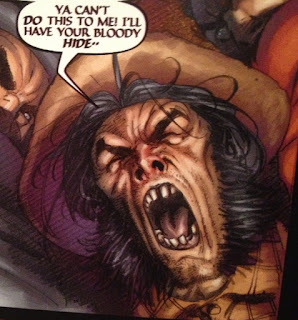 Again in the same comic book, there is an intense shouting face. The eyes are scrunched up, I believe to make room for the wide mouth. 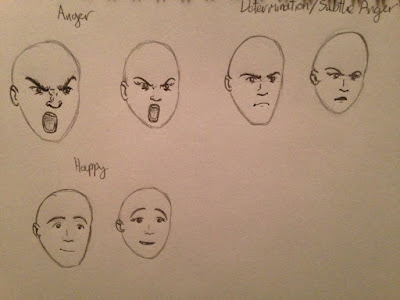 Some of my own sketches regarding anger and frowning.
Posted by Sam Cyb at 13:13